Skip to content
Get In Touch
Let's Talk
Careers
Looking for a job opportunity?See open positions
Back
Culture
9 min read

Theory of Constraints: What To Change To?

Metova uses the Theory of Constraints in daily decision making. As such, we want Metovians to have a working knowledge of tools that will help them find and alleviate the constraint. This series of blog posts follows along with a class our CTO, Dave Lane, is teaching at our Franklin, TN office. If you missed the other articles, it’s not too late to catch up! They are listed below.

Introduction to the Theory of Constraints

What to Change to?

Visualize the solution or ideal situation that does not exist in your current reality. The following tools are used to describe a goal-oriented system’s desired state and to address undesirable effects that may result from the proposed solution.

Negative Branch Reservation: a reservation which describes a new branch of undesirable effects that will be created as a result of the injections made in a Future Reality Tree. A negative branch links a proposed action with a suspected negative outcome (e.g., “If we do X, then Y, because…”). Negative branch reservations serve to complete the solution while creating buy-in to the solution from those who bring up the reservations.

Taking the previous Current Reality Tree example, we can inject new proposed actions, policies, and behaviors, to alter the reality we face within the system. It is difficult to appropriately illustrate a Current Reality Tree that includes injections that will transform into a Future Reality Tree as each injection will result in a rebuilding of the reality of the system. Due to the cause-and-effect nature of a reality tree, injecting a new behavior will alter all linked effects. In the below template, we replace lower-level undesirable effects or problems (such as a root cause) with Injections (new proposed behaviors). The result is a change in behavior in the mapped system, resulting in the desirable effects we wish to see in our new reality, as well as the potential for new undesirable effects. 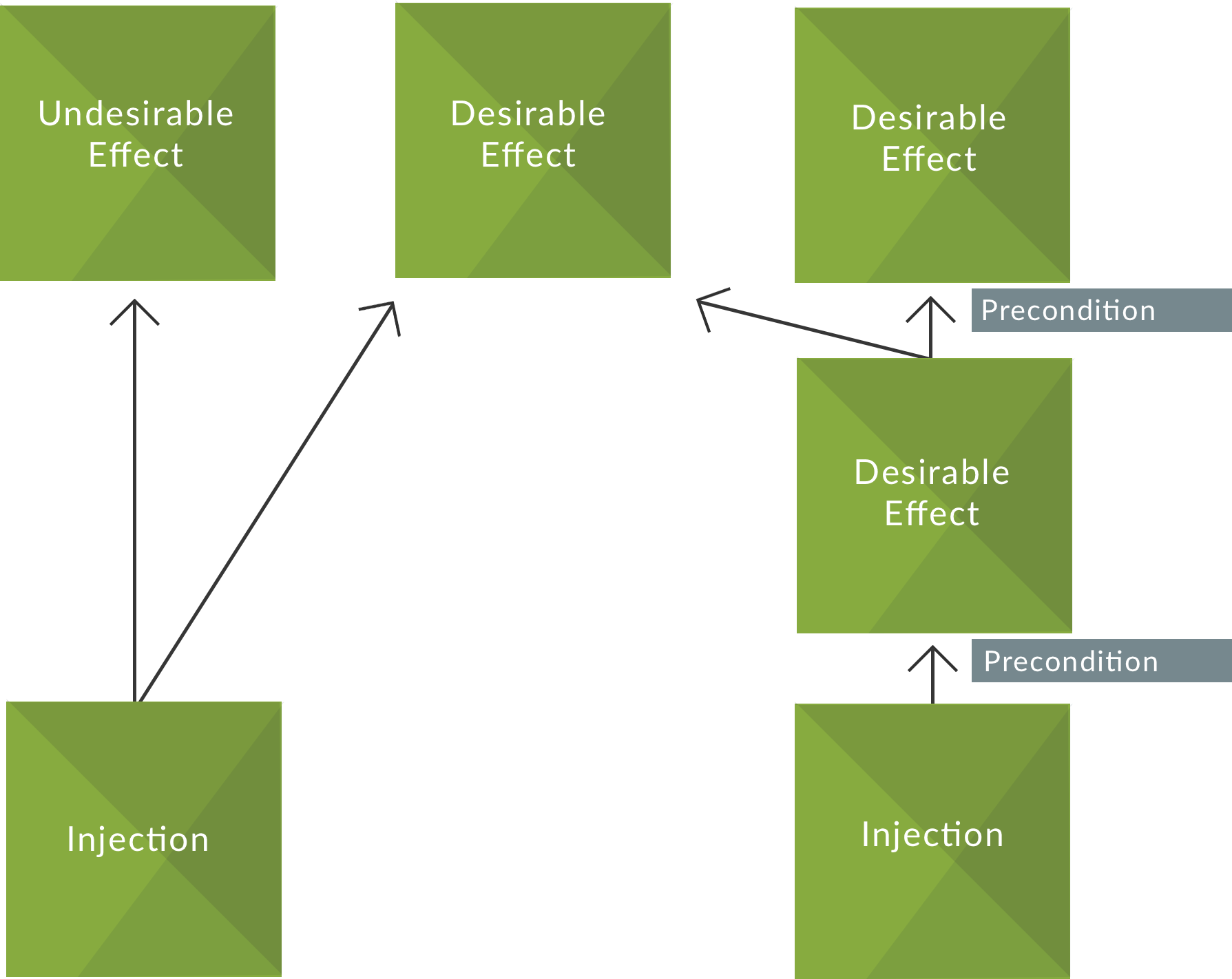 Note that it’s perfectly okay for an injection to result in an undesirable effect so long as the injection helps address the core problem (root cause). These undesirable effects can be addressed through a Negative Branch Reservation, a concept which is covered in the next section.

For a more concrete example, we will continue with the earlier example of tying our value to the time we work. We can start building our Future Reality Tree by identifying the desirable effects, the positive outcomes of changes we inject into the system. Our desirable effects include: software is delivered quickly, and software is delivered with minimal defects. From there, we can identify the injections and preconditions that must exist in order to realize this new reality. 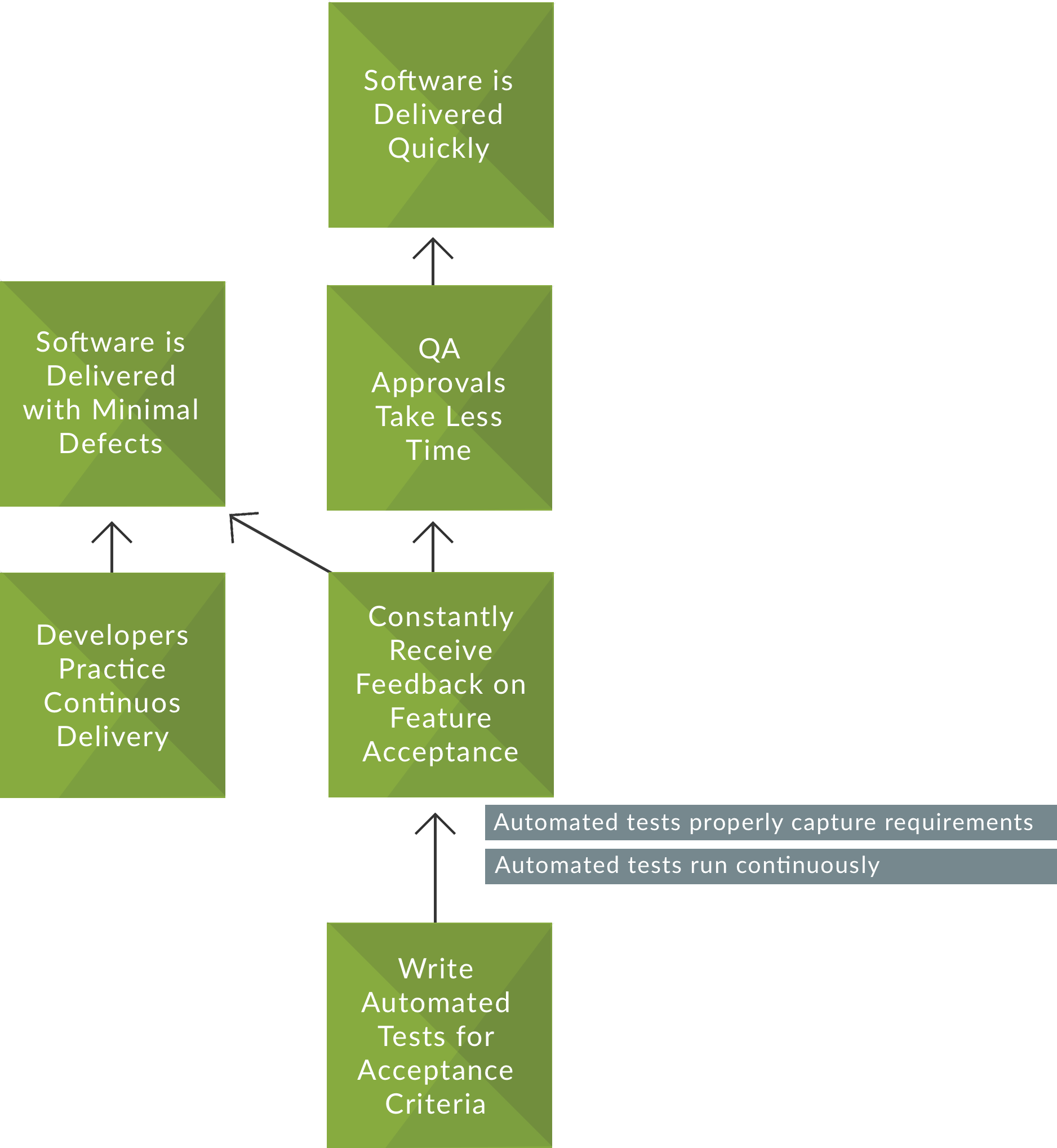 In the upcoming weeks we will be discussing how to change and the five focusing steps. See you then!

The Problem with Implicitly Unwrapped Optionals