Apple has been holding its WWDC developer’s conference this week. On Monday, during the keynote, they announced the new iOS, macOS, tvOS, and watchOS operating systems. They also announced new iMacs, iPad Pros, Macbook Pros, and an all new HomePod which is a speaker designed to fill a room with music and act as an easy interface to Siri. It didn’t stop there, though. Here’s what else is new.

iOS 11 has a focus on privacy focused Machine Learning with its powerful new CoreML API. It’s used in Notes to make handwritten notes using the Apple Pencil searchable. It also enables features that can make educated guesses based on the user’s activity on the device, such as keyboard autocomplete. Using VisionAPI, which recognizes elements in images, developers will be able to use face-tracking, barcode detection, and object tracking in their applications. 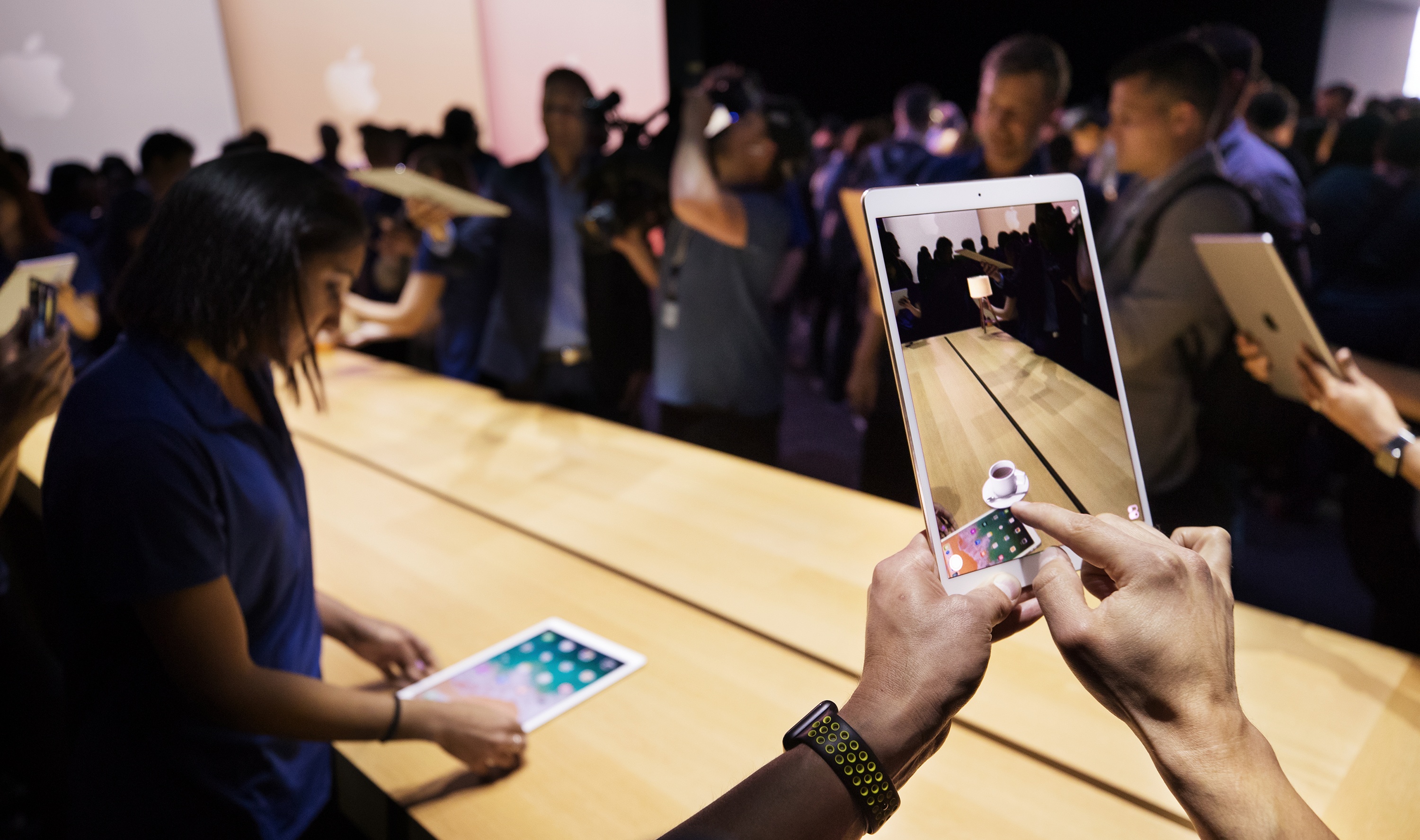 Apple also uses CoreML in their new ARKit which makes high quality Augmented Reality much easier to accomplish. Augmented Reality allows developers to show data and digital objects inside a live view from the camera. This would allow users to place digital objects in real space where they hold their position and users can interact with them while physically moving around the room. 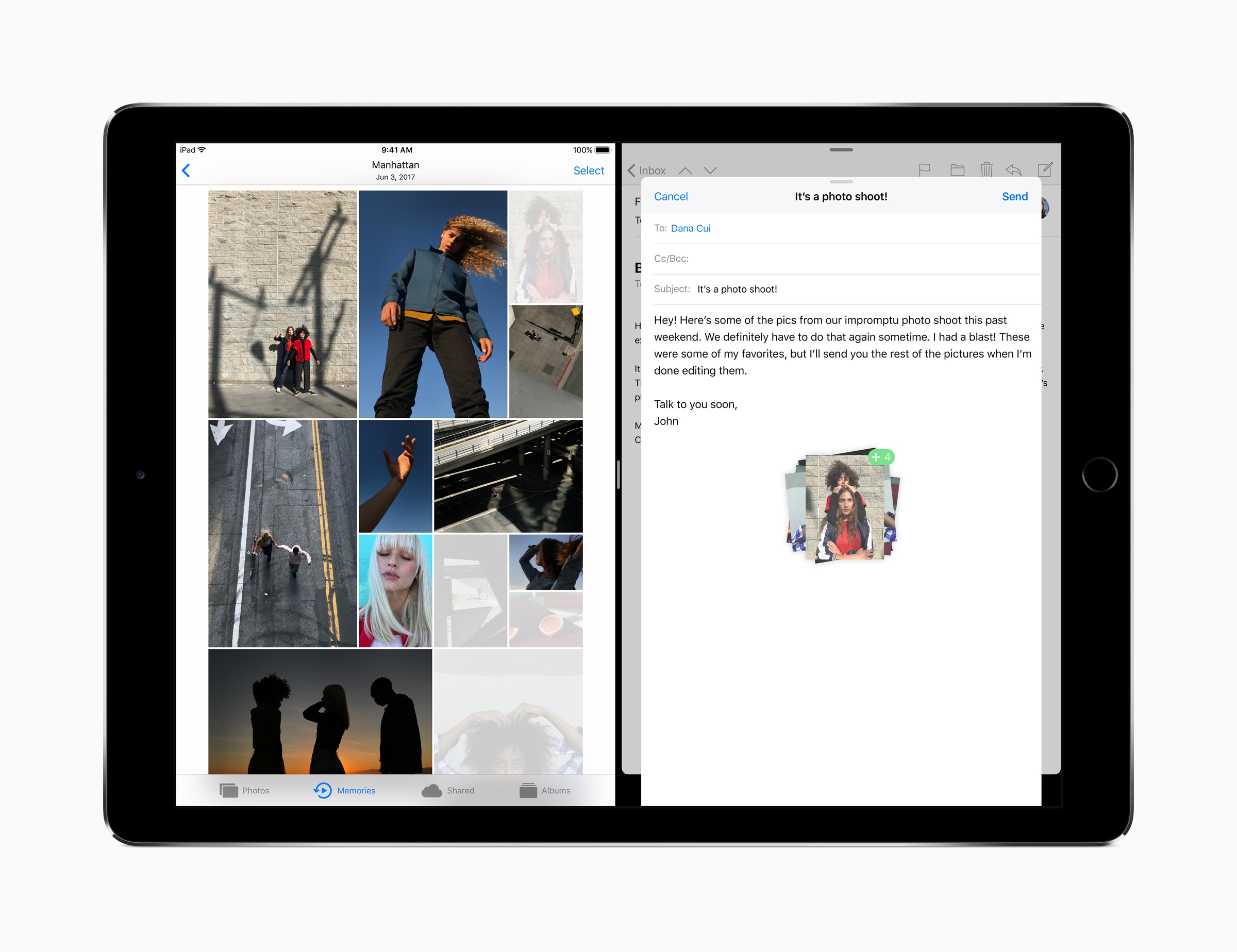 The iPad got some good attention at this WWDC. iOS got a new drag and drop feature that allows users to drag files, text, or images between apps on the iPad easily while in split view, or even using the new Dock or app switcher. This feature extends to phones for drag and drop within apps, even allowing for multiple selection when dragging apps around on the homescreen. The new Files app works really well with drag and drop as well. The drag and drop feature can be added to existing apps pretty easily, enhancing the user experience.

Apple is making a switch in media formats across all of their devices this year. They’re switching from using JPEG for images to the new HEIF, which will allow images to take up 50% less space with the same image quality. For video, they’re moving from h.264 to h.265 or HEVC which also has savings of about 50% in storage space. These changes will improve storage capabilities as well as web performance when dealing with media.

Live Photos are also becoming editable, allowing the user to adjust start and end times as well as change the key photo. Apple also made the depth information collected from iPhone 6s/7 Plus’ dual camera available to developers. This will allow really creative new tools in photography apps by allowing the manipulations of foreground and background to be separate.

Apple also has given Xcode it’s biggest overhaul in quite some time, improving build times and making it much more responsive while giving developers new tools that will make them much more efficient. 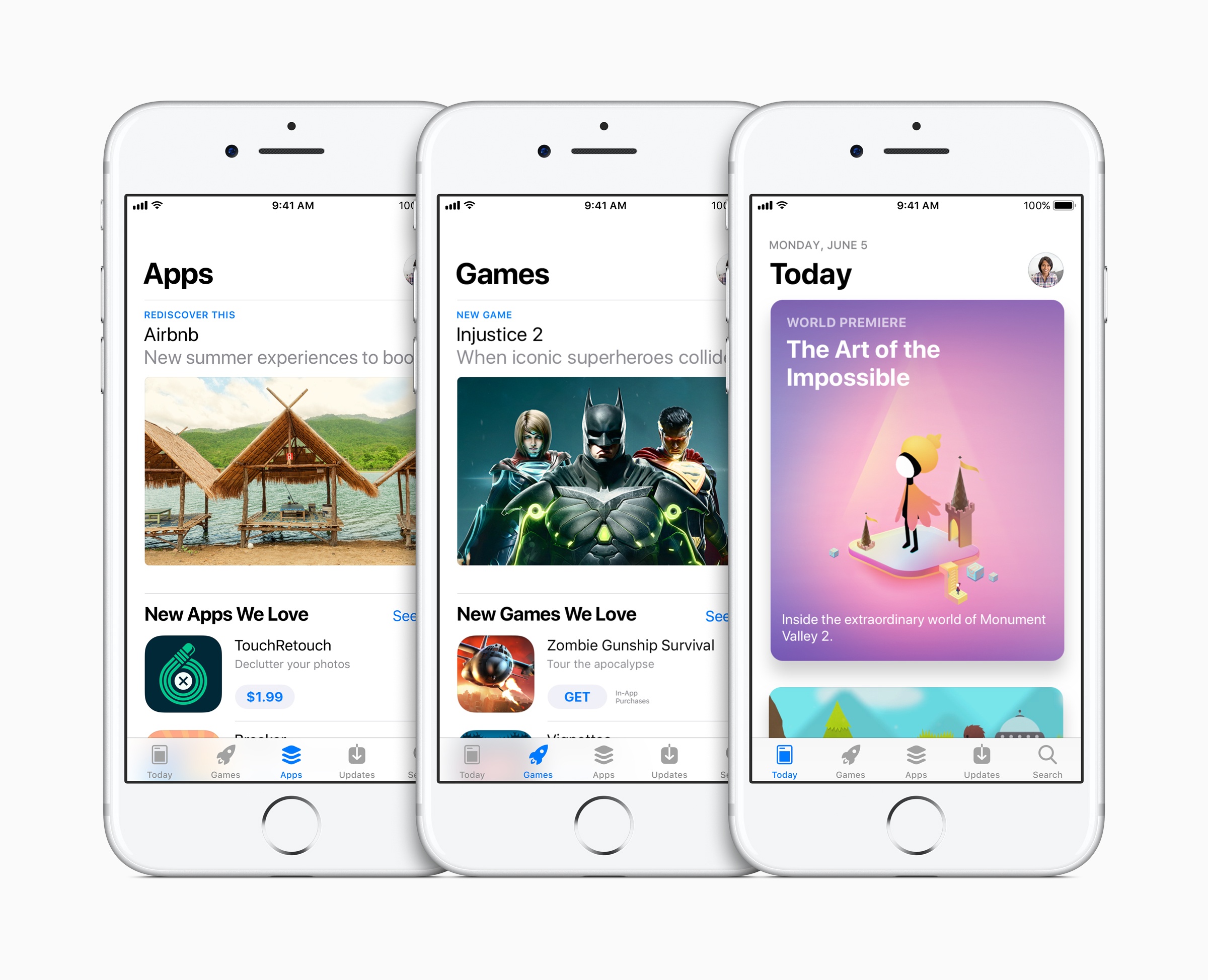 The newly redesigned App Store now displays even more information to educate and entice potential users. The Today tab includes not only content such as featured apps, but now also contains tips and tricks for how to use individual apps, behind the scenes stories about their development, and other news. These tabs also include in-line videos about the apps. The app description page shows the app’s rating in big bold text, can include multiple videos, and chart position. It also allows in-app purchases to be featured with individual icons and descriptions inline on the app page.
Looking for a developer who keeps up with the latest in tech?