iOS 8 is coming! Are you ready?

Apple made several announcements during the WWDC keynote speech. Some were foreshadowed to the point they weren’t a surprise like the visual overhaul of OS X version 10 aka Yosemite. The most interesting announcements included the opening up of traditional ground that has typically been closed off by Apple, a new developer language, and testing options.

An app a day

Personal healthcare has become a huge app vertical over the past few years. The FDA is even encouraging “the development of mobile medical apps that improve health care and provide consumers and health care professionals with valuable health information.” You can find an app to track any aspect of the business of your health, from what goes in to your body to what comes out. There are multiple apps that integrate with hardware to track blood pressure, weight, or activity level. Inject your app’s medical data into the iOS ecosystem with Healthbook. Users enter their health data through your application and then can view it as an aggregation of health-related information in Apple’s new Health app. Not only can your app share information with Health, but also your application can use the data that the HealthKit SDK collects from other applications. For example, for fitness related apps, you can access historical data about the users’ blood pressure and weight, along with other relevant statistics. Make your health application comprehensive by using Healthbook.

Home is where your device is

Home hardware automation has been another quickly growing vertical in the app world. With the ability to control lights, locks, security cameras, and thermostats, the Internet of things starts in our own homes. In such a world, HomeKit is the ultimate time- and space- saving universal remote. Users will be able to control their appliances as groups or individuals by using a common network protocol.

Give Login the Finger

One toy that Apple decided to share is TouchID. PIN (Personal ID) numbers can be difficult to remember. Passwords are a pain to type in. TouchID eliminates the hassle by allowing users to access their personal information with a touch of their finger. Users scan their fingerprint and the iOS operating system confirms if it is a match. It keeps the original user data from being shared with third party apps while still allowing the use of fingerprint recognition. Whether you have a secure banking app or one like the aforementioned movement app, users like a little extra security.

The newly public camera SDK gives developers access to features that aren’t even necessarily used in the native iOS camera, such as manual controls for shutter speed. Give your users the ability to take quality pictures can make your app look even more attractive.

Extend the reach of your application

Extensions are little chunks of functionality that can be accessed via another app. Use them to integrate your application into others and put your app right under your user’s fingertips.

Photo Editing
Add your photo editing features to the native camera. Just because your application was not used to capture the picture doesn’t mean your users have to lose the benefit of its awesome editing features!

Keep your users in the know. Some of the information applications display is always changing such as weather, leaderboards, and stats. Using the share extension will keep the latest data (and your app!) in front of the user via the Today tab in the Notification Center.

If you have a storage solution in the cloud, your users will appreciate the easy access that an extension using Document Picker provides. They will be able to retrieve, edit, and save back their document to the cloud from any text editor.

Action
Give your users the ability to use your app’s features in other applications. Action extensions let users view or edit content from other apps. Like how your photo editing tools can now be available in the native camera, your other tools can be used inside other applications.

Share
Apple’s sharing options are more robust than ever. Akin to the Android user experience, your social network, messaging, or e-mail application will pop up alongside apps like Twitter and Facebook when a user goes to share their media. It will make sharing with your application easy and put your application in front of the user more often.

Custom Keyboards
This is big news for those companies that love emojis. Now it is truly feasible to create and implement custom keyboards. Yes, we can make you a keyboard with the Klingon alphabet or even one with the many moods of grumpy cat. *

iOS and Mac OS X aren’t the only things getting updates. The App Store is getting a functional makeover as well. Put your application’s unique features and UI in the spotlight by including a short video in your App Store submission. Get more downloads by bundling a group of apps to sell at a discounted price in the App Store.

Apple also introduced Swift, a new programming language for developers to use alongside Objective C. It was created to be a more modern, interactive, and fun way to develop for iOS. Though its existence is mostly profitable for developers, there are a couple perks for project managers. The power and conciseness of the language is expected to make development faster. Projects written in Swift are also expected to perform better than those in just Objective-C. However, a new language comes with a learning curve. Metova developers have been studying it since the release, and will be adding Swift to their toolbox 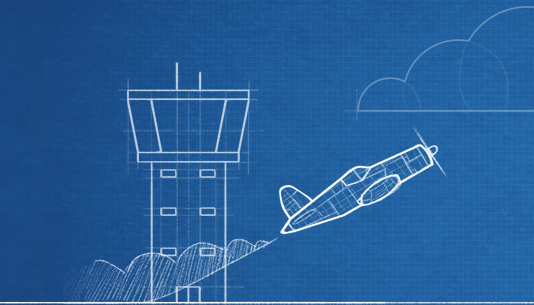 Take off with TestFlight

Developers can now easily Beta test their iOS apps using Apple’s newly acquired TestFlight program. Builds can easily be sent out to testers with over the air downloads. Testers can be added individually or recruited and then accepted or rejected. Analytics to track testers’ activity and their feedback will give developers the knowledge to make corrections on proven influential issues. Uncover bugs at an earlier stage and get a higher quality product that will satisfy your customers.

iOS 8 has an incredible number of new features and has opened many new doors for iPad and iPhone developers. Integrating your application with HomeKit and HealthKit will put your application’s capabilities in what Apple hopes will quickly become a familiar, go–to dashboard for users. The ability to integrate with TouchID, custom keyboards, and extensive camera functions will give apps a powerful capability boost. The use of Swift and TestFlight will both increase your applications’ performance and give you a peace of mind when deploying to the App Store. Contact us to take advantage of the new iOS 8 features in your app!

What questions should you ask when hiring a mobile app developer?