How to Set up KIF to Take Screenshots on Failures

Apple just announced their new UI testing features at WWDC, and it looks awesome. However, until you start building with the iOS 9 SDK, KIF is the top UI automation option. KIF is a great automated UI testing framework, but sometimes, when KIF tests fail on your continuous integration server (or locally when you weren’t looking), it can be difficult to identify what went wrong. Luckily, KIF has a feature where it can take screenshots every time a test fails. This allows you to ensure that your UI automation testing is indeed automated. Let’s face it, if you have to sit there and watch your automation tests run so you can know what happened when it failed, it’s not fully automated.

In order to have KIF take screenshots on failures, there are a couple things we need to do.

– Create a directory for KIF to save the screenshots to.

– In order to prevent our git repo from accumulating unnecessary images, we’ll want to ignore the files in our screenshots directory.

– Add an extra run script build phase to our KIF tests target that removes old screenshots from the directory before each new run. This will eliminate the potential confusion of knowing which screenshots are for failures that are still occurring. Also, it will keep old screenshots from taking up extra space on your local machine or continuous integration server.

Navigate to your project directory and create a KIF_SCREENSHOTS directory—This can be named anything you want, but I’ve chosen to simply name it after the environment variable that we’ll end up using later:

In Xcode, click on your scheme, click on “Edit Scheme…”, select “Test” on the left panel, and add a new environment variable as shown below. This tells KIF that we want it to record screenshots on failures. It also tells KIF the name of the directory that it should save the screenshots to. 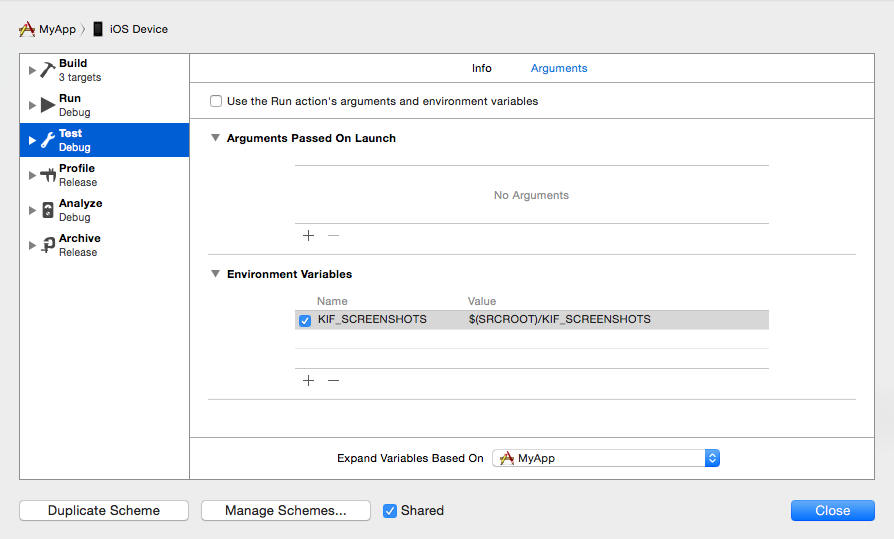 To prevent old screenshots from building up in our screenshots directory, we need to add a new run script build phase to remove them at the beginning of each build: 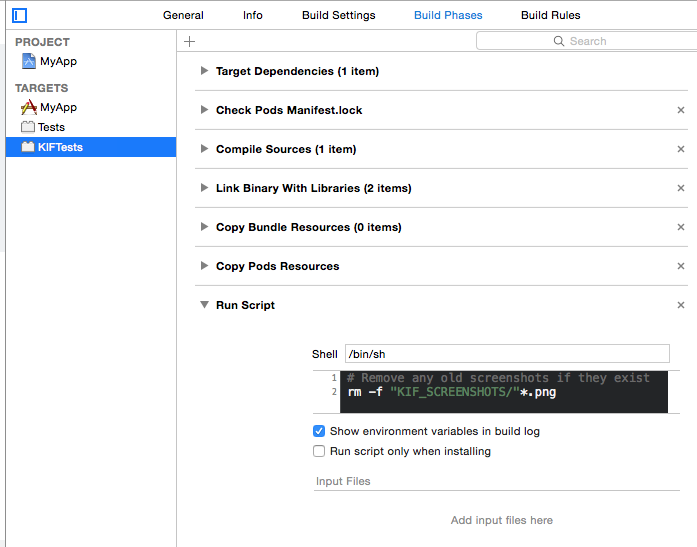 The KIF screenshots feature won’t work when run on actual devices if the directory you’ve specified is outside of the app sandbox. Furthermore, there was a bug in the error handling code that caused the test suite to exit completely. The pull request with the fix has now been merged, but KIF v3.2.3 and below will still suffer from this issue. It still won’t be able to save screenshots to a directory outside of the sandbox, but it will at least allow your test suite to continue and yield the failed test result.

Why Your App Needs to be Updated for iOS 9