A Non-Developer’s Guide to Google I/O

Last month I sat down with our lead Android developer David Thacker to get the scoop on his time at Google I/O. Preface: I’m not a developer, I’m a UI/UX designer who happens to have a deep love and appreciation for all things Google. My favorite thing about David is he explains development to me in a way I can understand. Consider this interview a guide to sounding smart around your developer friends when discussing Android news.

So this was your first time at Google I/0? Was it everything you dreamed it would be?

Yes, this was my first time out at Google I/O. It was amazing, I got to check out all of their most recent tech hands on, connect with friends and other developers from around the world, and learn about all of the newest Google APIs and hardware. The only downside this year was that the lines to get in to their tech talks throughout the conference were extremely long, and I often missed out on talks that I wanted to attend. They do a good job of posting content online but it would have been nice to see everything in person.

Which announcement were you most jazzed about?

I was most excited about the Android Instant Apps announcement. I feel like Instant Apps will drastically change the app ecosystem.

Instead of having to create a strong incentive for users to download and install your applications you can provide them with native Android experiences only when it makes the most sense. Maybe they are at your restaurant and you have an app, they may not be a regular user and would hesitate to install a specific application but they don’t have a problem quickly viewing content and offers from your store in an instant app that doesn’t require being installed. I think this unlocks the potential for a lot of web content, such as websites that you may only visit now and then, to be viewed with native mobile apps. It also means that users can share your apps better than ever before. Users might have the option to share just a relevant portion of an app with their friends and not have to convince their friends to download the app. This gives people an easy way to get acquainted with and have a taste of your app before downloading it. The effects of this announcement are yet to be fully realized, and while we are going to have to wait until later this year to see anything publicly released, I believe that this was definitely the most excited thing I heard while at Google IO.

“This marks the advent of the Android OS growing up and finally reaching its full potential.”

What do you think will have the greatest impact on Android development?

Android apps coming to ChromeOS. This marks the advent of the Android OS growing up and finally reaching its full potential. With Android apps being able to be run by ChromeOS it means that Android is going to start becoming less reliant on mobile platforms and more focused on being a global OS for the worlds hardware. At I/O they showed how ChromeOS can resize Android apps and run apps in multiple windows just like a regular desktop app. Also last week people spotted that Raspberry Pi support is coming in the Android Open Source Project, this is in addition to the other devices like Android Wear and Android TV that developers are already writing apps for. So I think that the future for Android is going to be vastly different and it is going to be interesting to see how developers start making apps that are less geared towards phones. 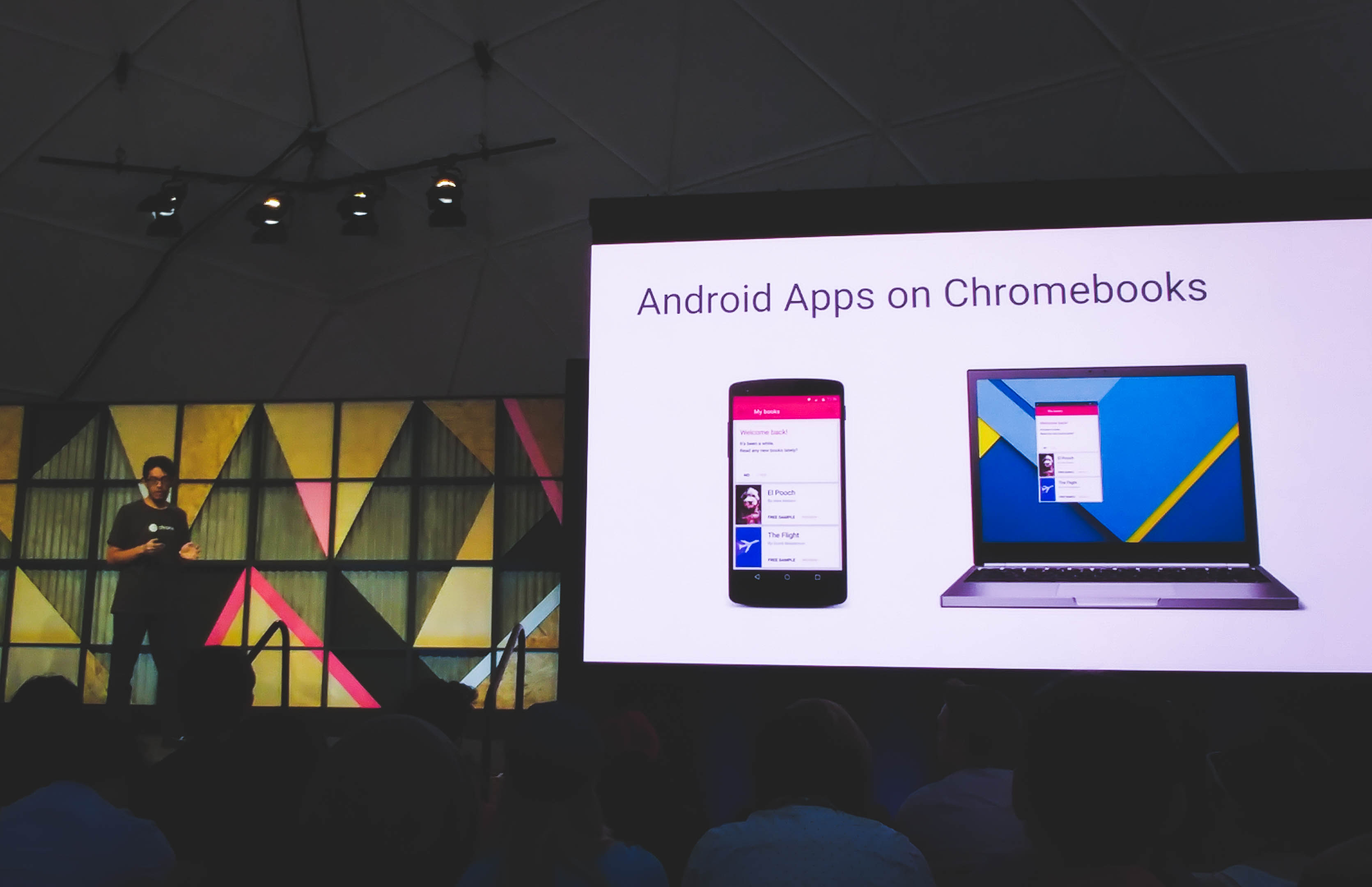 We learned about a lot of new stuff at Google I/O. What advice would you give to other android devs in lieu of Google’s announcements?

Like I mentioned in the point before, I would start taking advantage of and designing your apps to be run across multiple form factors and types of hardware. I think developers need to start shifting their perspective of Android away from just being a mobile phone OS. In the future more people are going to use hardware for specific purposes and I would try to determine how to best write apps that can translate well across, wear, tv, chrome, and desktop experiences.

Lastly, what’s your pick for the new Android platform name?

How To Adopt Dark Mode on iOS

Interested in learning how to implement the new Dark Mode for an...