Google has released a developer preview of ARC– App Runtime for Chrome. The project was launched last September and the latest developer preview gives a peek into the future of Android. Soon your Android app will be able to reach its users on desktop as well as mobile! ARC enables Android applications to run on Google’s browser, Chrome. Users won’t need a phone to use and enjoy your application, just a computer with a Chrome browser. 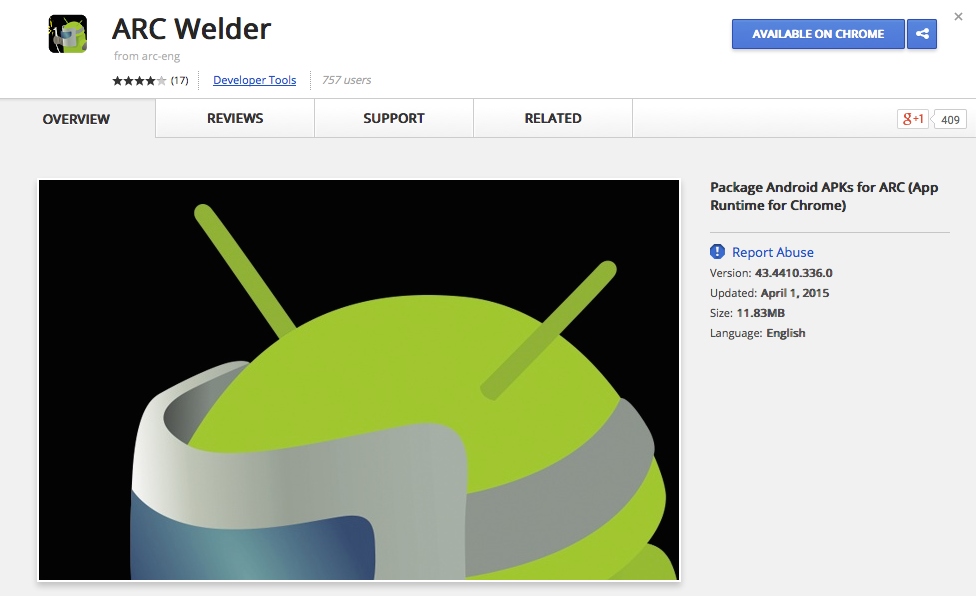 ARC Welder is a Chrome app that builds Chrome apps. It runs on Dalvik VM from Android 4.4. ARC Welder takes an APK and converts it into an ARC-powered app that runs on Chrome. The apps can then be submitted to the Chrome Web Store for distribution. ARC Welder can also be used to launch an APK in Chrome.

A particularly helpful Google Play API to include would have been in-app purchasing. Purchasing can still be done in Chrome apps using the Chrome Web Store but in order to implement it, developers will need to write some customized code. Perhaps a more effective way of including purchasing on Chrome apps will be included in the next release as well as integration with a larger number of APIs.

ARC and ARC Welder are still under construction so it will be a little bit until Chrome will be a reliably viable form for dispersing your Android apps. The ARC project is definitely something to keep an eye on. Building an Android app that will not only work on mobile phones but also on desktops via a web browser is huge. It’s looking like Android may turn into the recommended platform to build for first. We just have to wait and see…