What can all my stuff do?

In my first blog on the Internet of Things (IoT) I discussed what it was and gave a few examples of how it works.  In this blog I will discuss a few new ideas that surround what the Internet of Things can do for us.  I will also talk about how the IoT is changing the way we interact with devices that are decades, or more, old.

Last time I wrote about a simple application, a song identifier, and how it brought ubiquitous computing,  the cloud, and the internet of things together to create a sweet app.  I’ll be honest, that particular solution to show off the power of IoT use may feel too obvious to some.  So why don’t we talk about a place we can use the IoT that you might not expect?

Like many software rockstars, the mobile app developers at Metova are chemically fueled.  In the morning many of us love a good cup of coffee to kickstart our mobile app development projects and in the afternoon we often enjoy a celebratory beer after a day of being awesome.  To provide this fuel, we have the usual coffee makers and beer on tap in the breakroom.  Kegs and coffee makers: how in the world can this have anything to do with the IoT?

Well, first we need to define a problem to solve.  Many of you know all too well the disappointment of getting to the break room only to see that the coffee pot is empty.  It will take an eon for the coffee maker to brew a new pot.  You don’t have time for this; you’ve got a project due in an hour, a presentation at noon, and then you’ve gotta swing by Metova’s page to read that awesome blog of theirs.  How are we going to fix this?

Remember from my last blog how I said  the only things we need for an Internet of Things app  to work is a sensor and a way to communicate?  Well, yet again, that’s all we need.  For now, let’s make the sensor a button that sits by the coffee maker. It will communicate via a simple transmitter that sends a signal to the network.  A little bit of code, a simple server, and viola we have a solution.   Whenever someone makes a pot of coffee, they can push the button and it will send out a notification to coffee subscribers that a new pot of coffee is on the way.  Pretty cool, huh?  Using the IoT, we’ve created a fast and easy way to notify everyone that a new pot of coffee is being made.  This is actually being done by one of our developers in his spare time!

When I was speaking with David Lachut at U-Maryland, Baltimore College about his views on the Internet of Things, he emphasized  the “invisible interface”. The invisible interface, or natural user interface, is a way in which computers and people interact without the person ever knowing the interaction is taking place.  In layman’s terms the computer is doing things in response to whatever you’re doing without you having to tell it to.  This idea is not new, and it’s certainly not new with the IoT, but it’s another tool that’s being utilized more effectively because of its IoT uses.  Because we are able to get information from ordinary, everyday, devices like a coffee pot, using the IoT we can put invisible interfaces everywhere and use the computing power of the IoT to make millions of things simpler, safer, and more efficient.

Now that we have a solution to a problem, can we make it even better?  Of course we can.  How about, instead of a button, we have a different sensor.  What about using a scale on the coffee maker under the pot where the coffee pot goes?  That scale will detect the increased weight as a new pot of coffee is created and automatically send a signal to the network to inform the subscribed users that there is hot coffee ready for them in the break room.  The shift is is subtle, yet simultaneously  momentous.  We’ve gone from a process that is run manually, to one that’s run automatically.  Once it’s setup, it just does it’s job and we can leave it to do its work.

Consider the other part of our chemically fueled life here at Metova.  We love our beer on tap.  We use local craft beers, and as you may imagine there is plenty of debate about which beers are the best and thus which should be kept on tap.  The reality is, of course, that without metrics we really don’t know which are most popular.  Sure, we could see how often a particular keg runs out and keep up with that on pencil and paper, but that’s a lot of work for someone to have to do.  Our developers have decided to see what the Internet of Things can do about it.

We’re putting gauges on the kegs and having them communicate with some software we’ve written.  Viola! Automatic information that’s easy to collate into detailed reports that tell us exactly which kegs need to be replaced and how popular they are.  Of course it doesn’t stop there.  If we know how fast we’re going through one particular beer we can give a good estimate of when that beer needs to be replaced and notify someone before it runs out.  These things all come with a simple invisible interface.  All you have to do is have a drink! 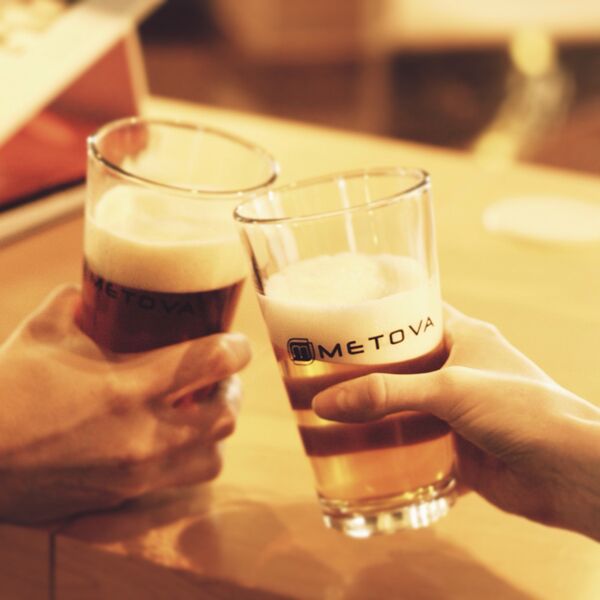 There are more features that we won’t get into in this article,, but I think you’re getting the picture.  These are applications a few of our mobile app developers are doing in their spare time to make our lives easier.  The possibilities are limitless, but so are the dangers.  In my next blog I will discuss a little about these dangers and the security implications of the Internet of Things.

Want to join the Internet of Things?