Techweek is a weeklong convention and festival held in five of the most innovative cities in America: Chicago, Detroit, Los Angeles, Miami, and New York. It draws people from a plethora of industries and job roles from all over the country. They have fun, learn from the presentations, and network with potential bosses or clients. Companies send representatives to scout for the next big business and new ideas to invest in.

One event that garners particular attention is LAUNCH. As Techweek’s main event, it is the reason many come. Quicklegal was one of 80 chosen to compete in California from the approximately 2,500 that had applied. Despite stiff competition, Quicklegal stood out to judges as the best new app. So many companies and investors were impressed that many offered up their own cash, unexpectedly boosting the original prize of $50,000 to close to $184,000.

Derek Bluford, Quicklegal’s owner, took some time to reminisce and discuss his experiences at LAUNCH with us.

What was your winning strategy?

A lot of startups get too busy trying to explain what they do and what their app does. I tried to keep it short, sweet, and simple. I told everyone that Quicklegal is exactly what it sounds like. We are the only app that provides instant on-demand video chat and then you have the lawyer you need. That sums it up, really. Then I touched on some details. They can video chat with an attorney for 15 minutes for $39. Then we discussed the messaging feature and how it works, how long we’ve been around, our background, and that’s it. Then I let the investors and VC’s and judges ask us questions that were far more specific to help them decide whether or not it’s a fit.

Was there a portion of the competition that made you nervous or worried?

Yeah, there were some good companies. There was one company where they built a 3-D printer. There was a wireless charging company. That one definitely stood out to us as well. I would say those two were the big people where we thought, “Oh, wow, they might actually take this thing, that’s pretty cool.” 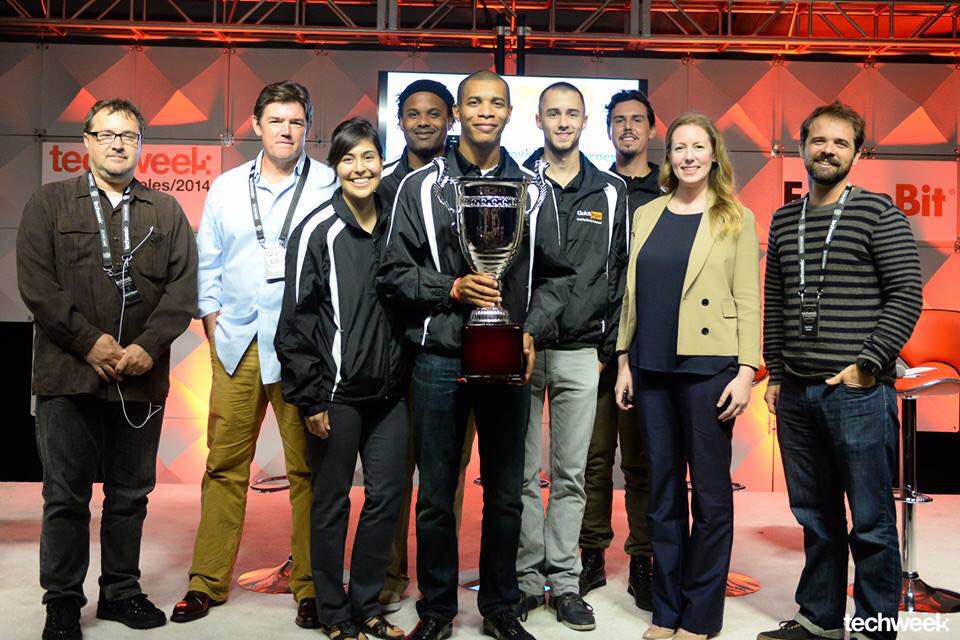 Overall you were pretty confident in your actual presentation at LAUNCH?

Yeah, you know why? Metova built a kick-ass app. With Metova, we came together. I’m all about customer service and have always been. In a business you have your 8 -5 guys and with DM (Metova’s President) and the team, no one has played an 8 to 5 role and that’s what sets you guys and our company apart from everyone else. Because we’re not the 8 to 5 guys; we’re true entrepreneurs. We work until we get the job done. We test it and we try to break it and then we fix it and make it bigger, badder, stronger. Metova and Quicklegal have worked together really hard on it to achieve that. We did our demo and it went well. Everyone loved it. You see everyone looking at each other and it’s like, wow, this is pretty awesome. You know, that’s probably the most confident moment I had throughout the whole of Techweek is displaying the app because I had so much confidence in it.

What question from the judges stood out most?

Why would attorneys want to use this? They would only be making $39 for 15 minutes, much less than their average rate.

If the attorney does just one video chat a day, that would be 30 clients that they would talk to in a month. Statistically they know that if they talk to 30 clients in one month they are going to statistically retain three or four of them. And just retaining one client will more than pay for several months of service for Quicklegal. It’s a win-win. The average law firm charges their attorneys about $500 per month so the average law firm in California makes about- they gross- about $500,000 a year. So when you figure spending about $6,000 a year on Quicklegal to generate new business and grow their practice anywhere, at their own convenience, it’s a no-brainer.

What makes Quicklegal stand out?

The biggest thing about the legal industry is that it is non-stop. Quicklegal stops. You get connected with a lawyer instantly. When you have to find a lawyer, it’s not easy task. It usually takes a couple days and with Quicklegal you download the app, you select an attorney, and you are talking to an attorney in about a minute or two. It’s fast, it’s reliable — which is important — and it’s effective. That’s what people look for.

When I was going to school and I was taking a business class, a teacher had always said, “You can beat your competitor by price, or by quality.” Why can’t you do both? You know I actually remember challenging him and saying, “Well, what if it’s lunch time and there’s two hamburger stands and you can go buy a hamburger at one stand for a dollar or you can go to the other stand and not only buy the same hamburger, but probably a better quality hamburger from a great customer service rep. For that same dollar you not only get a hamburger but also chips and a soda.” That’s the kind of business I want to do where it makes sense. It’s not so much like you need one customer to be able to make money but you make that up by the mass of the customers, you know? It’s like that whole you can sell one Porsche a month to make your commission or you can sell 100 Fords and be well set in that month as well. It’s more beneficial helping people. 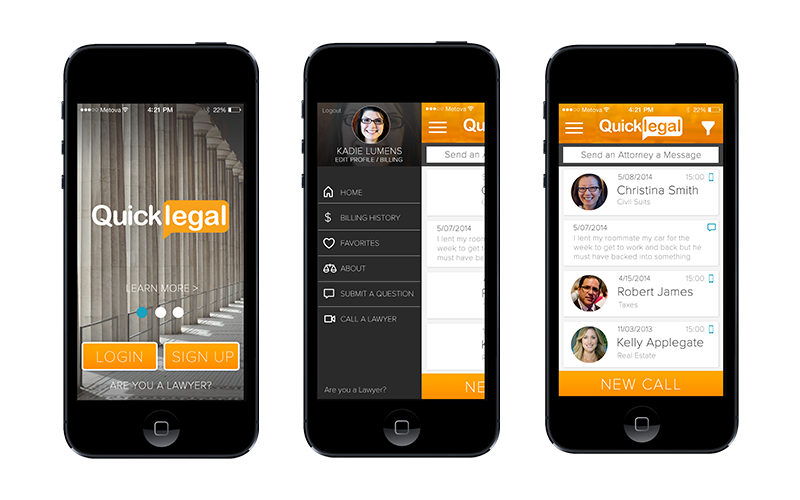 Was there anything they would have done differently at LAUNCH?

No, we went there as a team and were supportive of other startups too. We mixed and mingled. A lot of startups get to the competition and are looking at the other startups like “You’re my enemy.” We’re in the same group; we should all be friends. We’re all stressing right now to start a business and make it into something. We should help each other out and give words of advice. My team was very helpful and we brought a bunch of Starbucks coffee for people and we tried to mix and mingle. You know, have a good time and network. It was a great event. I would actually probably say no, there was nothing else I would do different. My team did a great job!

Were there any comments or advice that stuck with you?

VPs and investors kept saying “good job.” More importantly, they were saying you have something here. Move forward with it, no matter what because you have something really great there. It’s nice to hear that from the investors and such. It’s kind of funny too because they ask you what your valuation is and we said, “We last raised capital at 1.5” and I didn’t get to finish and they said “No, I would say that you are between 4 and 6 million as far as valuation.” I was just like, yeah! Thank you! I was going to say 4, but 4 to 6 sounds even better! It’s kind of cool hearing that from investors that you should raise your valuation. I thought that was really, really cool.

Do you have any advice to give other startups looking to compete in LAUNCH?

Make sure you are building a business around what you have passion with, something you are passionate about. Make sure you have the right team players. For us, we happen to be passionate about what we do and we’ve got the right team players by partnering up with you guys- with Metova. That’s my advice and it’s a tough struggle. It’s a tough grind — daily grind and night grind — and you keep on moving to get it done. You know, it’s not supposed to be easy or else everyone would do it. People are always going to try to steal your thunder or put you down or tell you it’s not going to work but if the data’s there and the support is there, keep on going. Keep on striving to achieve your goal. No one else can take it from you. Especially when the data’s there.

What’s in the Future of Quicklegal?

Just partnered with a worldwide leader in the legal industry and are working on version 2 with you guys. We’re providing instructional videos on legal issues for the general public and creating some legal packages that users can buy as well. We are also just starting to expand throughout the nation. We currently just opened a fundraising round looking to raise $1,000,000 on Angel.co.

Are You Prepared for the App Store Freeze?

We’re proud that Metova has been recognized as one of the top...