Hardware is where Motorola really stepped up its game from the previous generation. From the specs to its solid build quality, this phone feels like a premium device. The sides, top, and bottom are all made of metal- this is a pretty big change from the plastic feel that the first generation had. When I held this phone, it felt sturdy. The feel is where this phone shines most for me. I never put too much weight in how a phone felt until I held this. It feels so good in my hand that I honestly never wanted to put it down. I do have slightly larger fingers than most people so the 5.2 inch 1080p display felt comfortable to me. Whenever I held this phone I was touching metal in all the right places and it felt great. There is a front-facing speaker on the new Moto X, but due to there being a grill for the headset, the two speaker look is a little deceiving. There is only one speaker and it is at the bottom of the phone; but that one speaker actually puts out some good sound. I never felt like it was too quiet when watching videos, taking calls on speakerphone, or playing music. It might not have been the same amazing quality as HTC’s BoomSound, but it definitely got the job done.

The bigger display is the most noticeable change from last year’s Moto X. Even though it’s not a quad HD display, the 1080p display is excellent. I love the vibrant colors, the deep blacks of AMOLED display. Yes, the quality isn’t as nice in bright sunlight, but I was still able to use my phone and get basic tasks done with it. I’m not someone who keeps their face 2 inches from the screen to analyze pixel count, but I was impressed with the display’s brightness.

Motorola is one of the best companies at adding additional software to Android because they won’t add anything unless it adds real value to the user experience. They have done such a good job incorporating usefulness to their devices that Google is adopting some of their concepts and so are other manufacturers. 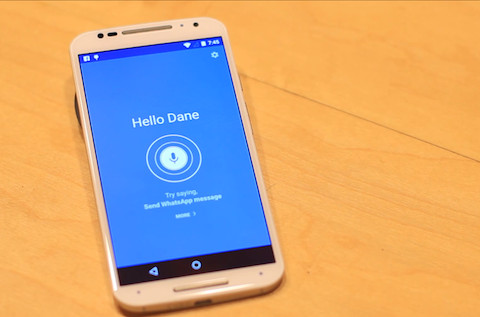 Once called Touchless Control, Moto Voice adds the ability for the user to wake their phone up from sleep and perform a Google Now task with their voice. Even though this was on last year’s Moto X, this year Motorola added the ability to customize the launch phrase. So I could say, “Hello, Jarvis” or “Yo, my Moto X!” or anything else that I choose as my launch phrase. In everyday use, I found that this was really useful in the car, in the kitchen when my hands were either wet or covered with food, or whenever I wanted to impress people with how cool this phone is.

Another popular feature from last year’s Moto X was Active Display. With this year’s model, it’s now called Moto Display. This is the ability to get notifications that pulse on your screen. So if you’ve got a text you can read that message by pressing a button and with a simple swipe, you can unlock the device and pull up the context of the notification in the proper application. Motorola added infrared sensors to the left and right corners of the top and bottom of the phone so a user can wave their hand to see either see their notifications, silence a call, or silence an alarm. When I first heard about these sensors, I wasn’t sure how practical it was but I used it every hour of every day I spent with this phone.

Moto Assist is software that I wish was on every phone. Whenever I had a meeting on my calendar it would silence the phone automatically for the duration of that meeting. It would also detect when I was driving and read texts aloud to me and allow me respond with my voice. Out of all of the Motorola features added to this phone, Moto Assist is one that I will miss the most when I have to go back to my daily driver.

In terms of software on the Moto X, the star of the show is Android. Motorola provides a stock experience that’s almost untouched in every way. Due to Motorola loading this phone with pure Android experience, they are able to put out updates to this phone almost as fast as Google gets them out to their Nexus devices. For any manufacturer that wants to know how to have updates as fast as possible, this is how it’s done.

Motorola packed a Snapdragon 801 processor and 2 GB of RAM under the hood. While this isn’t the most up to date processor out there to get, this phone takes full advantage of what it can do. Without a doubt this phone is fast and should stay that way for anyone that lives with it for more than a couple of years. At no time did this phone stutter or lag. I’m a heavy user and it more than comfortably got me through my tasks with no issues whatsoever.

The camera is one of the areas that the original Moto X disappointed a lot of people. This year, they did improve the camera in every single way. The megapixel count went from 10 megapixels to 13 megapixels. The camera is capable of putting out some decent shots in the right light, but anything outside of that is not what I would call “good.” I do believe a lot of what was causing the issues for the poor photos are not necessarily the camera, but the software and processing behind the camera. The camera gets the job done but I’ll keep crossing my fingers that a later version of Lollipop will come around and open up options to get an even better experience out of this camera. 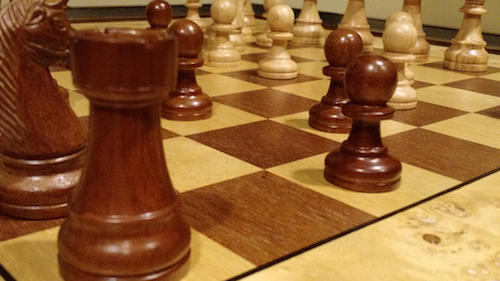 I took this picture with the Moto X

The battery on the Moto X, with moderate use, did a decent job of getting me through the day. If I spent a lot of time on the phone, I was looking for a charger. I would say I could go on average about 2.5-3 hours of screen-on time before I needed to juice up. This is still pretty decent seeing as how this is still packing a 2300 milliamp battery. I was never bothered by not making it through a whole day of heavy use because the phone charges up so fast. Motorola even offers an option for a turbo charger where you can charge your phone for 15 minutes and get 8 hours of extra use out of the Moto X. If I was going out after work and didn’t think I would have enough juice to make it through the night, having this utility was fantastic to get me through the rest of the day. I never felt unconfident due to battery life because of how quickly this phone charges.

Motorola brings customization to a whole new level when they put out Moto Maker. When buying a phone from Moto Maker, I was able to pick out the front panel color, trim color, back panel color, and material. If you want a white phone with silver trim and a bamboo wooden back, you got it. Want a black phone with green trim and brown cognac leather back? You got that as well. The options are pretty impressive. There are also options to add an inscription as well. Not only did Motorola think about how to make this phone personal but also thought of how to make it personal in a way that actually counts. This phone can have a message, a feel, and an experience that you get to decide straight from Moto Maker.

With its solid build quality, practical software features, quick OS updates, and bump in camera performance, the second generation of the Moto X is one of the best phones on the market today. Even though it falls short on some of my expectations- particularly the battery life and camera- the ability to turbo charge the phone and the promise of what new versions of android will bring will more than make up for the shortcomings. Out of any phone on the market today I would recommend the second generation Moto X to anyone looking to buy an amazing phone.

Strategy and Design: How We Create Blueprints for a Beautiful App