Metovians participated in and had a great time at the Girls of...

Wishing You A Merry Christmas!

This past weekend, four of us from the Metova-Conway office attended JOLT Hackathon at the Venture Center in the Little Rock Technology Park. There we faced off against 30 teams across Arkansas and Missouri in friendly capture-the-flag challenges ranging from Web Vulnerabilities and Forensics to Remote Access and Reverse Engineering. The event started Friday night, went all day Saturday (literally 7am - midnight), and most of Sunday. Throughout it all the Game Masters’ excitement and energy kept the teams going, provided hints and help, and always made sure that the focus of the event was to have fun.

Every now and again in the professional career of a creative, we find ourselves in a slump. The reason behind a lack of creative motivation can be attributed to a variety things like a shift in the organization, a stressful client, monotonous tasks, no new projects, or a hint of burnout. It’s important to refocus our efforts and make sure we continue to put our “best creative foot” forward and rejuvenate ourselves so we can get excited about our work and provide top-tier marketing, design, or strategy solutions! Here are a few of my personal favorite tips to revamp your creative force.

Lake trips, barbeques, fireworks, and camping are all connotations of the long Memorial Day weekend. While all of these things are (very) enjoyable, it's important to remember the true reason we get to celebrate a three-day weekend.

Let Us LEAD And Delight You

We don’t want to just be another company you do business with. We want to be partners, two forces joining together to reach your goals. In the process, we strive to delight you.

3 Goals for Building a Successful Business

Abraham Maslow proposed that humans have a hierarchy of needs that build upon one another. When one set is fulfilled, people move to attain the next set. The base of the pyramid houses the basic physiological functions needed to live such as eating and breathing. From there it builds to safety, belonging, and esteem. You’ve reached your full potential when you reach the top of the pyramid: self-actualization. Read More
Culture
10 min read

Metova’s growth didn’t slow down this year. If anything, it took a new direction. Last year we hired 117 new employees and opened a new office. This year, while we still did quite a bit of hiring and opened yet another new office, we also broadened our involvement in local educational programs as well as acquired some new companies to expand what we can offer to our customers. 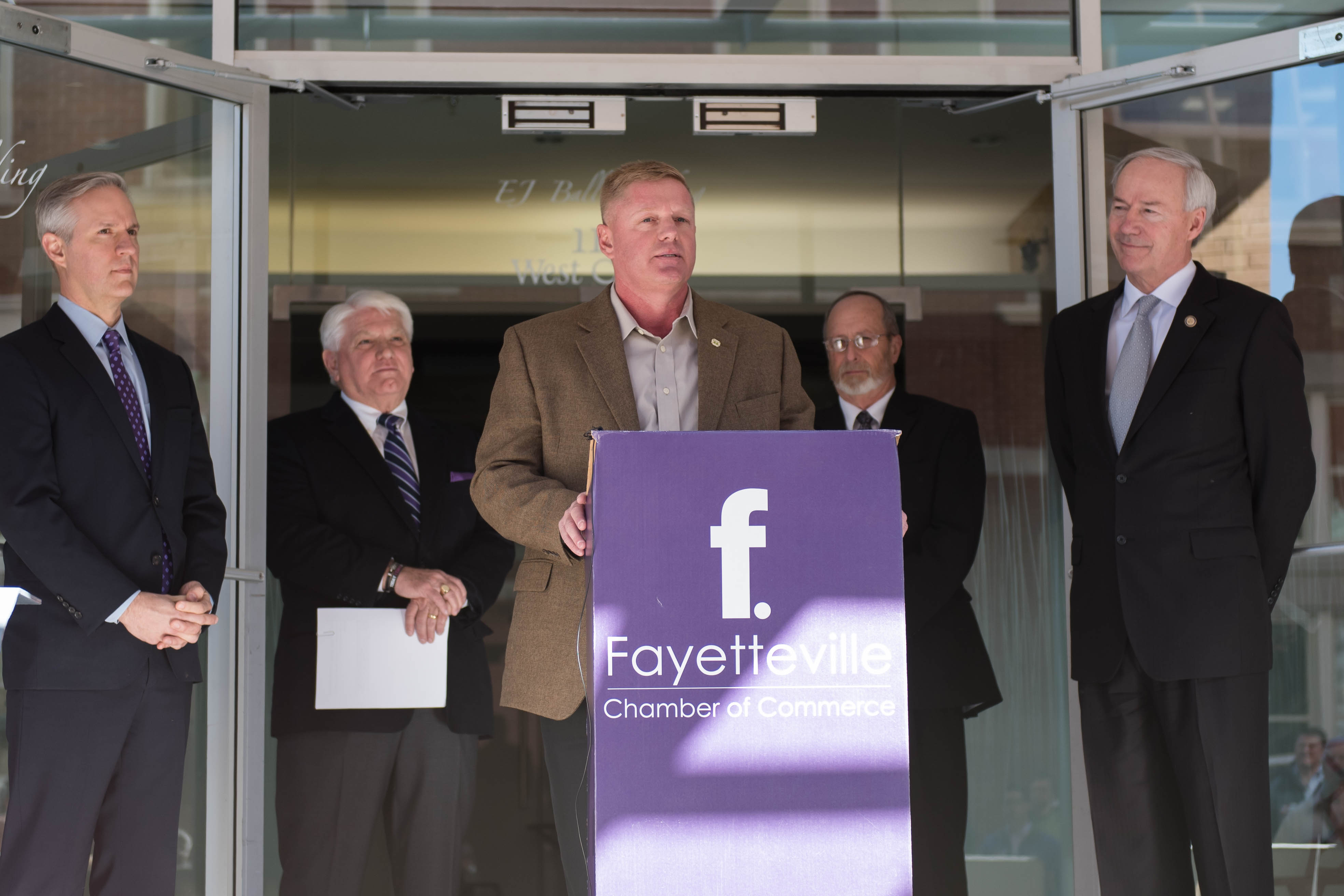 Arkansas Governor Asa Hutchinson has been working hard to grow Arkansas into a technical hub. Metova has been a commanding force in that effort and has provided numerous jobs in the state. At the start of the year, we opened our third office in Arkansas. With colorful local culture, access to the largest college in the state, and growing innovation community, Fayetteville was the obvious choice. The beautiful Metova Fayetteville office was planned out by our designer, Alexa Williams, and can be found in the E.J. Ball building on the historic downtown square.

Supporting the Next Generation of Developers

With Governor Hutchinson’s successful efforts in bringing more tech companies to the state, there are plenty of jobs available. In fact, we, along with Acxiom, JB Hunt, Ensono, and Rockfish have committed to hiring at least 100 new tech employees each year.

Office at University of Central Arkansas 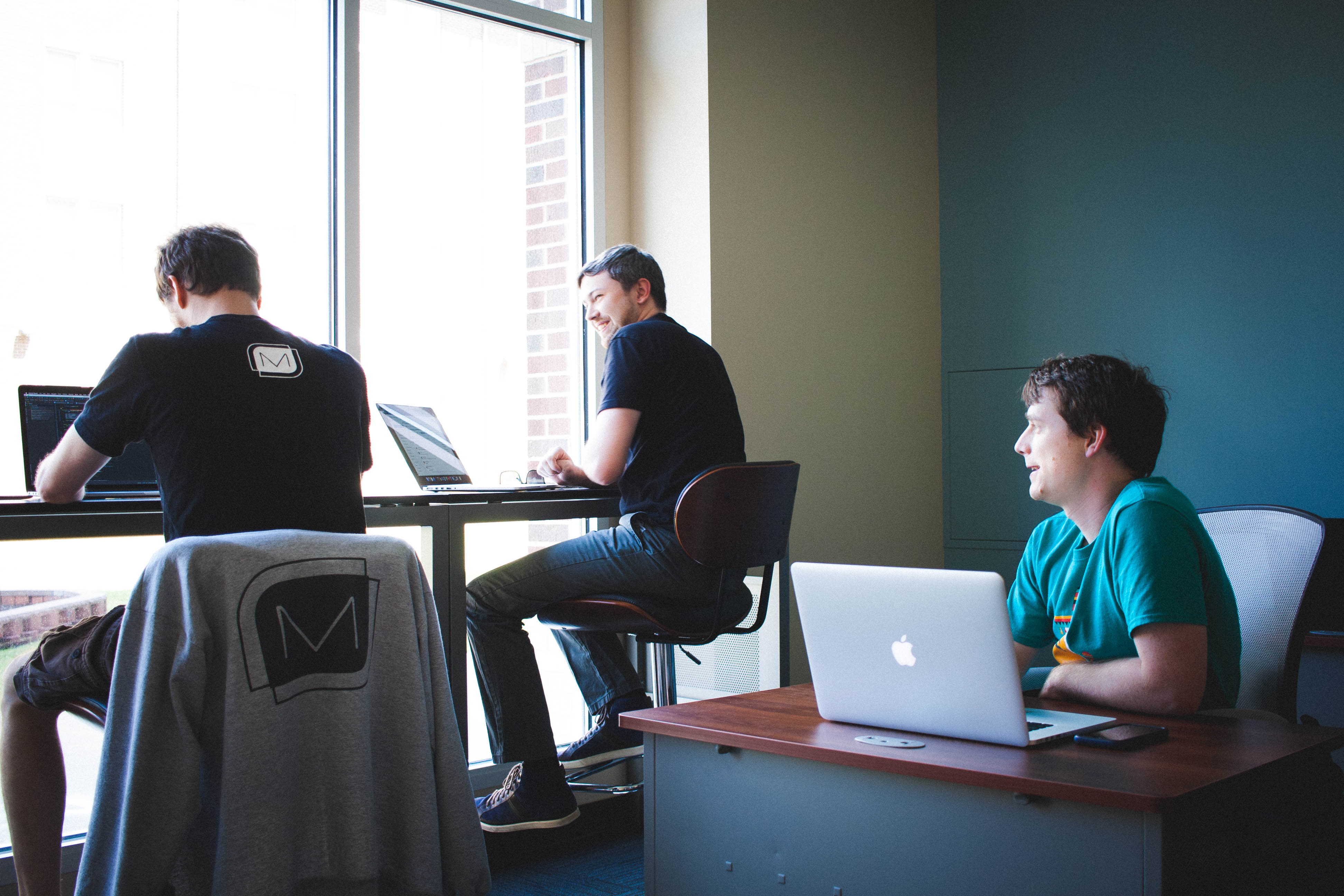 One of the things we love about having an office in Conway is its proximity to the University of Central Arkansas. We have built a wonderful relationship with them and together we are making a concerted effort to provide students with the knowledge they will need after graduating in the technology field. In June, Metova created an intern office on the UCA campus. The office is always staffed during the week with Metovians who are happy to help mentor students and answer any questions they may have. Having an office on campus allows UCA interns to easily work in between classes without ever needing to leave campus. We hope that the collaboration makes a Metova internship more appealing for UCA students, as well as makes things easier for those students who do go with us for an internship. Read More
Culture
6 min read

Between not having a required routine, home distractions, and lack of watercoolers to talk around, working from home can be challenging. Over the past couple of weeks we've been posting about some of the strategies our mobile developers use when working from home. We have covered how location conditioning and behavioral conditioning can be used to prepare yourself for work. Now we will go into more detail on setting boundaries to help you stay focused once you are working.